The Church of St. John Alporão located in Marvila parish, city of Santarem, county and district of Santarém, Portugal.

It is next to the Tower of Calabash, in the historic city center and is one of its most emblematic monuments. This temple, probably the best example of Romanesque art in the South (ie in the area south of the Borders region), dates from the twelfth century and belonged to the Knights Hospitaller. 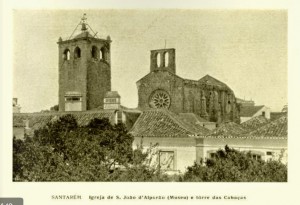 In the thirteenth and fourteenth centuries, the church implemented a monastic complex located along the Alpram or Alporão door, which was called the Monastery of St. John’s Hospital, which is thought that one of the functions of the temple next door would have been to protect military access to the city by next spring and guard the entrance of Jews in the city, according to the rules established between Christians and that ethnic minority. The primitive set convent, left, next to the southern facade, some traces of a cloister and houses a small monastery. 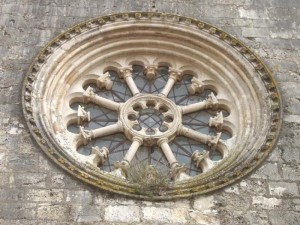 The foundation of this temple is due, in fact, the Order of St. John’s Hospital, whose attachment to the village then occurred between 1159 and 1185. The exact period of construction of the church is unknown, although not remain doubt occurred in the past decades of the twelfth century.