Located 10 km northeast of Ferreira do Zêzere, a bay of the reservoir Castelo do Bode, the Dornes village is one of the most curious of central Portugal, both for its location, the views and the picturesque houses, as the legends and traditions associated with it. 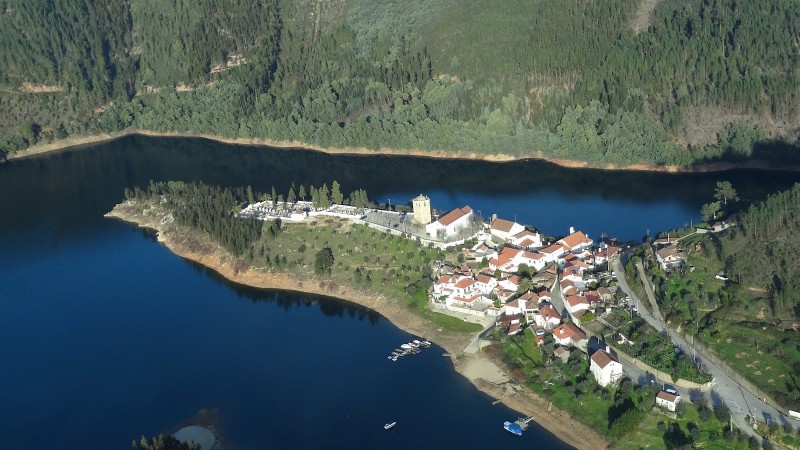 The master the low and predominantly white houses is a medieval tower, thought to have been built by the Knights Templar to guard the deep valley of the Zêzere. The foundation of the village dates back to the twelfth century and is linked to the emergence of a miraculous image of Our Lady of Tears. The first church was built by Queen Isabel (daughter of the King of Aragon and wife of King Dinis Portuguese) at the end of the thirteenth century, replaced by a larger in the fifteenth century. The pilgrimage of Our Lady of Tears is made on 15 August and attracts large crowd.

The pentagonal tower built by the Templars;

The Church, 1285, rebuilt in 1453, with statue of the Virgin, N. Lady of the Weeping, houses processional cross of silver, with ornaments of the Renaissance; Chapel St.º Anthony, with panoramic views of the mountains Gardunha and Lousã.