The Municipality of Alcochete has one of the largest wetlands in the country classified as a Nature Reserve, a status that was assigned due to the diversity of migratory birds that pass there. 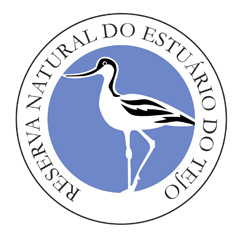 Migration of heights, the Tagus Estuary Nature Reserve is home place for more than 120,000 birds, especially the community of flamingos, all year round, beautify and give color to this site.

In an extension to Vila Franca de Xira, the Tagus Estuary Nature Reserve is still composed of a marshlands area where bulls and horses are bred for taurine deal.

Rich in diversity, the nature reserve is an area that is waiting to be explored, whether by bike, by car, a pedestrian promenade Alcochet’Aventura and, why not, in the traditional craft “Alcatejo” which allows visitors to get a view completely different this area.

The Tagus Estuary Nature Reserve stands out as wintering area for waterfowl. So, the best time for your observation runs from mid-November to late March. Here can be observed a wide variety of species, such as tailors, flamingos, ducks, herons, plovers, sandpipers, geese, etc ..

In the months of spring and summer nesting period, can be seen – mosquitoes, sandpipers, ducks, swallows sea-dwarf, partridges-fish, etc .. During this time, it is essential to keep a high level of tranquility during the visit.

Headquarters / Interpretation Centre of the Tagus Estuary Nature Reserve – from the viewpoint, and during low tide, you can observe the birds that feed on vast areas of sludge short.

Ponta da Erva - this site allows a good view over the estuary, providing an excellent opportunity for bird watching, especially in the period between the tides.

Olhos da Praia - raised the estuary, this location provides magnificent views over the salt marsh Pancas and adjacent farmland; is frequent observation of either birds of prey either Heron Ardea cinerea or gray flying over the fields.

Lezíria sul - covered by a complex freshwater trench network, can be observed and extended irrigation of crops and upland rice. One final feature grazing grounds, hosting livestock effective, particularly the proceedings of cattle, bull fighting and the Lusitano horse.

Ermida de Nossa Senhora de Alcamé - built in the eighteenth century, neoclassical and monumental style under the invocation of Our Lady of Conception, was the appropriate place for the workers of the Plains there to fulfill their religious obligations. It is located in the SPA along the northern boundary of the Nature Reserve. In the late nineteenth century, were held here episodically parties, organized by a committee of revelers who were farmers part of Vila Franca de Xira, Alhambra and Alverca. In the 40s, a group of owners took over the organization of the party linking it to the “Incarnate Vest” Franca de Xira. In recent years, the varinos Association of Vila Franca de Xira has boosted the performance of the pilgrimage by June 17, with the participation of other local associations. The herdsmen, accompanied by the band and the procession, carrying the litter with the image of Our Lady of Conception from the Church to the pier, home of the departure ceremony. The procession goes by the river, in traditional boats all decked out until the Marquis pier. Then the litter is transferred to a cart, following the procession to the chapel. There are carried out religious ceremonies, including the blessing of cattle, and the camp with presentation of folk dancing and activities associated with halters and herdsmen.

The Tagus estuary is one of the largest wetlands in Europe and the largest wildlife sanctuary in the country. Plays a major international leading role in the conservation of aquatic birds here are excellent conditions for wintering, nesting or in support of migratory routes.

The Reserve Tagus Estuary Nature includes a large area of estuarine waters, mud flats fields intersected by creeks, islets, mudflats, salt marshes and alluvial agricultural land (marshlands). Is part of the zone further upstream of the estuary, distributing the councils of Alcochete, Benavente and Vila Franca de Xira and not exceeding 11 m above sea level and the depth of 10 m.